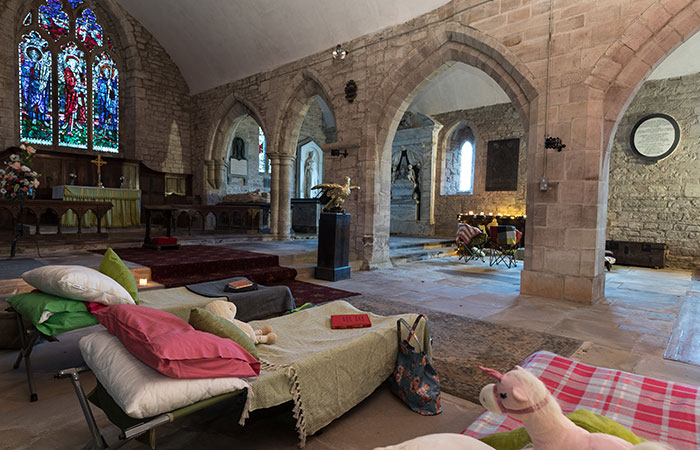 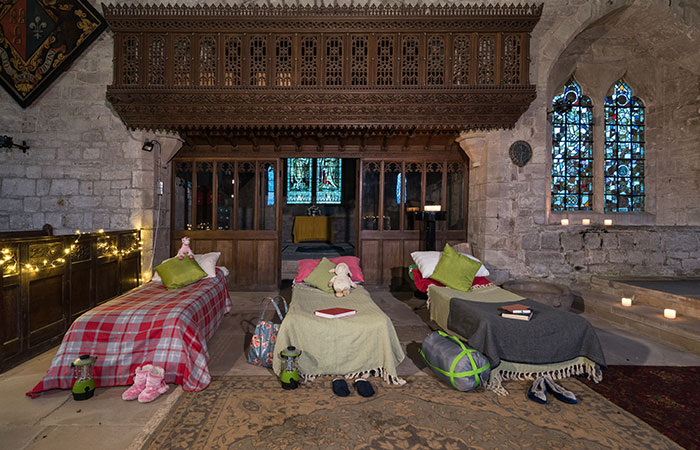 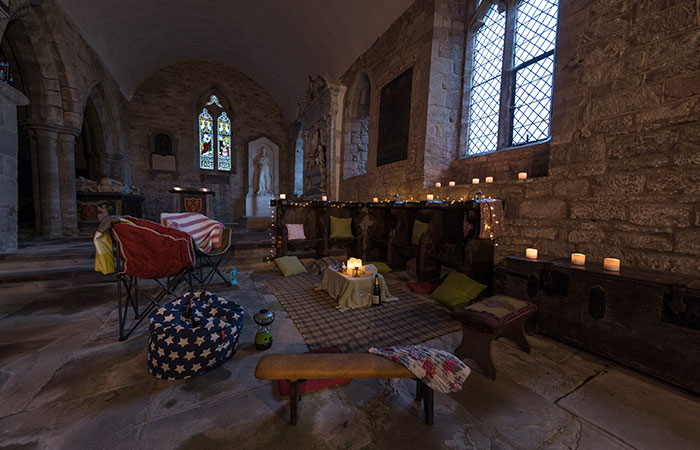 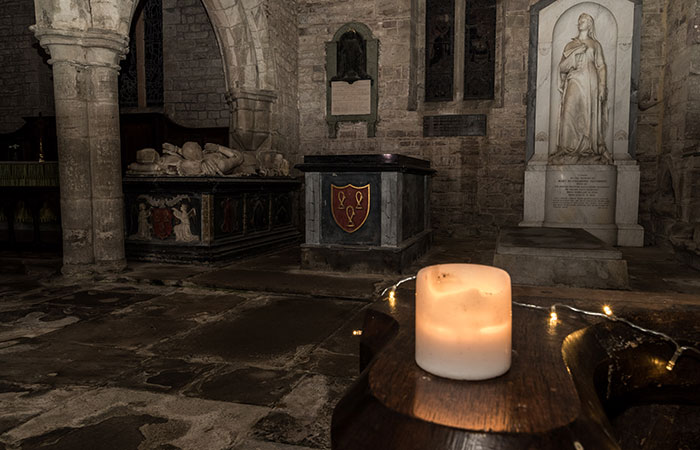 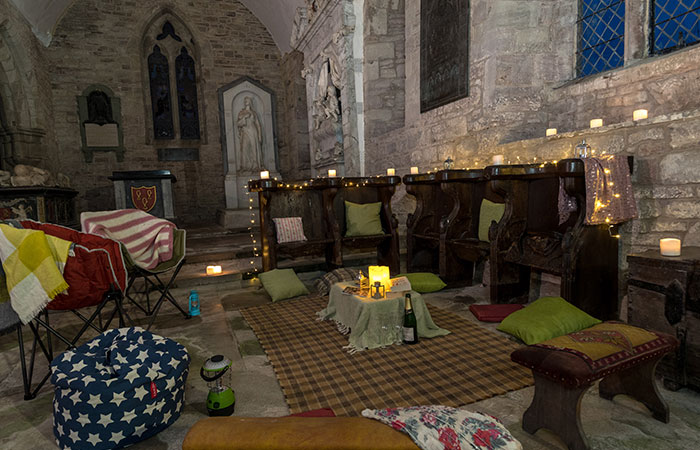 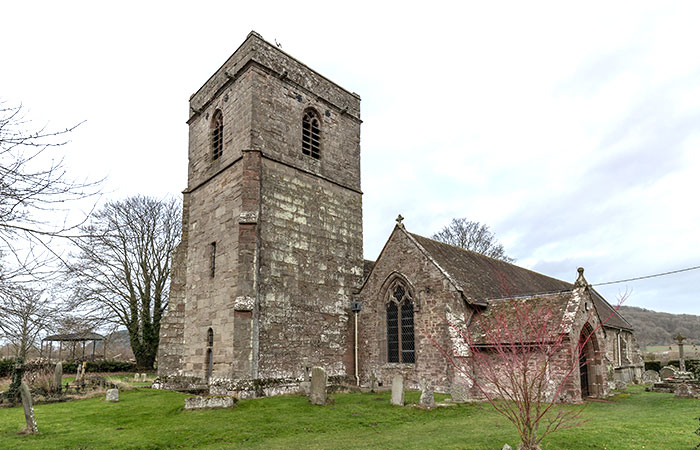 In a pretty setting on a bend in the River Wye, looking across to the Herefordshire hills, this delightful church enjoys a rich collection of monuments, beautiful stained glass windows as well as an unusual 17th-century font and the carvings on the medieval stalls.

The Scudamore family were patrons of the church from Medieval times until the twentieth century, and their monuments are a spectacular treasure. John Scudamore, who died in 1571 lies beside his wife on a tomb chest, decked out in full armour. James Scudamore, who died in 1668, wears Roman costume in a great wedding cake of a wall monument – possibly by Grinling Gibbons. Beautiful stained glass also delights the eye. Most of it is nineteenth and twentieth century, though the chancel north window is made up of fragments of medieval glass.

A trip into Hereford is, perfect for foodies and culture vultures and for more intrepid adventurers there are rock faces and rapids along the Wye.

Rambling and Roaming in Holme Lacy

Hereford Cathedral – This stunning building in a vibrant city is the home of a community which has worshipped and worked together here continuously for well over 1,300 years. The cathedral’s collection includes the world-famous Mappa Mundi and the chained library. www.herefordcathedral.org

The Weir Garden – Bordered by the River Wye, The Weir sits within unspoilt Herefordshire countryside and has many historical secrets to uncover. For centuries this site has been used as a pleasure ground for fishing, boating and swimming. It is managed in a natural way to create a varied habitat for wildlife. In spring see carpets of bulbs littered between ancient trees, in summer enjoy a picnic by the river to watch the wildlife and in autumn visit the walled garden bursting with seasonal produce.
www.nationaltrust.org.uk/the-weir-garden

Hay on Wye – Its unique position on the border between England and Wales makes Hay ideal for visitors to explore and enjoy the beautiful border country. It’s also famous for the density of bookshops and annual literary festival, which attracts a global audience of visitors and writers. www.hay-on-wye.co.uk 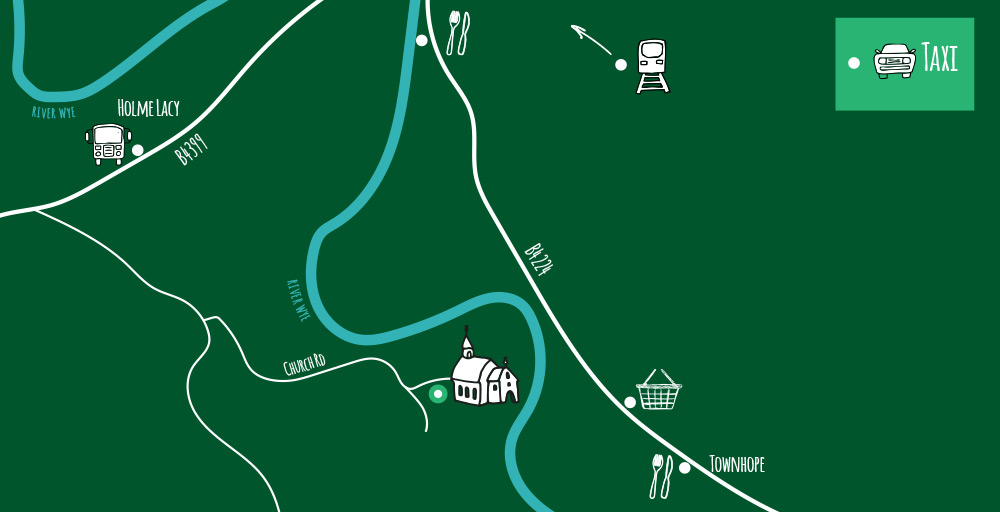